Why you should consider applying for blockchain jobs

Blockchain came to the world’s attention as a way to solve many problems. Yet, one of the more unsung impacts is the one it has had on employment opportunities. In this article, Alex Moskov explains why the blockchain boom has created jobs for developers, marketers, bankers, and more.

This article was originally posted at Coincentral.com

One of the largest impacts blockchain had in 2017 largely goes unnoticed.

As a technology that could give a facelift to virtually any enterprise, blockchain has enabled thousands of entrepreneurs to start diving into ways to solve the world’s problems from a new and unexplored angle.

Some of the world’s brightest minds have thrown their hats into the blockchain ring and created thousands of jobs along the way.

What kind of background do I need?

It doesn’t matter if you come from a programming, finance, marketing, writing, art, or even fishing background – there is a place for you somewhere in the blockchain world as long as you are ready, able, and willing to learn.

However, to get hired sooner rather than later, it’s important to understand the skills necessary for bitcoin jobs and blockchain careers.

There are a handful of tracts you can move into from where you are today.

Programming: Having a foundational, intermediate, or advanced understanding of languages such as Javascript, Python, C#, C++, Java will help you a ton. While you may be able to apply these same skillsets to directly code blockchain, there are other projects such as Ethereum that require new languages such as Solidity. The need for programming talent is leading at the top of the charts for the highest supply of blockchain jobs.

Finance: Many financial firms are seeking for people with an eye to the cryptocurrency world, so to say. With so many projects popping out of the woodwork and such sharp cryptomarket spikes and plummets on a daily basis, the finance world needs more people willing to live and sleep blockchain and bitcoin markets.

Marketing/PR/Communications: To put it lightly, marketing and communications was not a strong suit for many projects in 2017. What many blockchain teams excelled in with programming talent, they equally lacked in selling their idea. The easiest and most comical to point out from the bunch is how Tron (TRX) essentially plagiarized their entire English whitepaper and cut their marketcap by nearly 5x in the few days after the news.

Where do I need to live to get a bitcoin career or blockchain job?

You’ll be happy to hear that the majority of bitcoin and blockchain related jobs are much like their industry’s ethos: decentralized.

The dire need for blockchain-savvy talent is knocking down borders and 9-5 commutes, and a good chunk of all blockchain projects operate with remote teams.

There are several hotspots around the world that are conducive to networking and elbow-rubbing, and moving to one of these cities might make it easier to connect with teams directly. A few of the top cities for blockchain jobs include:

San Francisco – San Francisco is one of those cities where you’d be hardpressed to find an area where you can throw a rock and not hit some sort of multi-million dollar startup or homeless person’s tent. SF is home to Coinbase, Ripple, Tezos, and a handful of established crypto-focused hedge funds and VC funds.

Boston – Boston is a hotspot for cryptocurrency jobs because many companies migrate over to be closer to the deep talent pool of Harvard and MIT.

Austin – The Lone Star State’s capital keeps blockchain weird and is home to hundreds of cryptocurrency entrepreneurs and companies such as Factom. 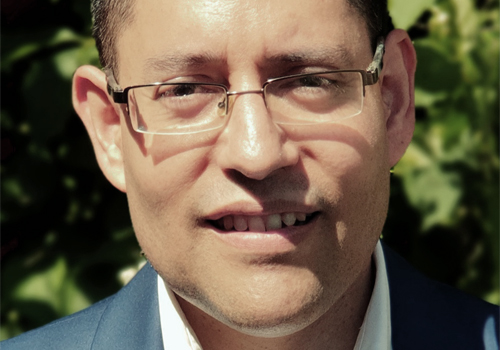 The intersectionality between blockchain technology and seemingly infinite use cases, combined with an underlying appetite for risk and ability to work with uncertainty, has opened the doors to thousands of bitcoin jobs and blockchain jobs.

Job listing sites such as Naval Ravikant’s AngelList are starting to get more and more companies looking for full-time blockchain developers, marketers, and other crypto-savvy talents.

Freelancing sites such as UpWork, which noted blockchain as the #1 fastest growing skill in 2018, have all sorts of projects looking for a variety of blockchain-savvy talent.

You could also go full corporate and apply to work at companies that currently have blockchain positions such as Samsung and IBM, or one of the many behemoths like Salesforce planning to explore the new technology in the future.

There are a ton of awesome companies and projects filled with great people that are currently hiring – just like this one. Finding them can be as simple as going to blockchain and cryptocurrency conferences and meetups, or attending one of the many hackathons around the world aimed at bringing ambitious creators together.

Alex is the Editor-in-Chief of CoinCentral. Alex also advises blockchain startups, enterprise organizations, and ICOs on content strategy, marketing, and business development. He also regrets not buying more Bitcoin back in 2012, just like you.