Raspberry Pi enthusiasts have been busy tinkering on their own versions of the latest tech trends like wearable technology, smart homes and, erm, arcade games.

Never before has it been easier, cheaper or more common to build your own tech prototypes. Just recently UK astronaut Tim Peak began crowdsourcing ideas for digital experiments to school children (yes, children) who will feed him ideas for projects on the International Space Station. These days, the most impressive tech innovation is more likely to be happening in suburban basements than in Silicon Valley.

With thousands of Pi-fanatics posting their own home-made open-source Pi hacks, while alternative manufacturers trying to get a cut of the market, there’s been no shortage of microcomputer-based experimentation this past year. Here’s our pick of the litter. 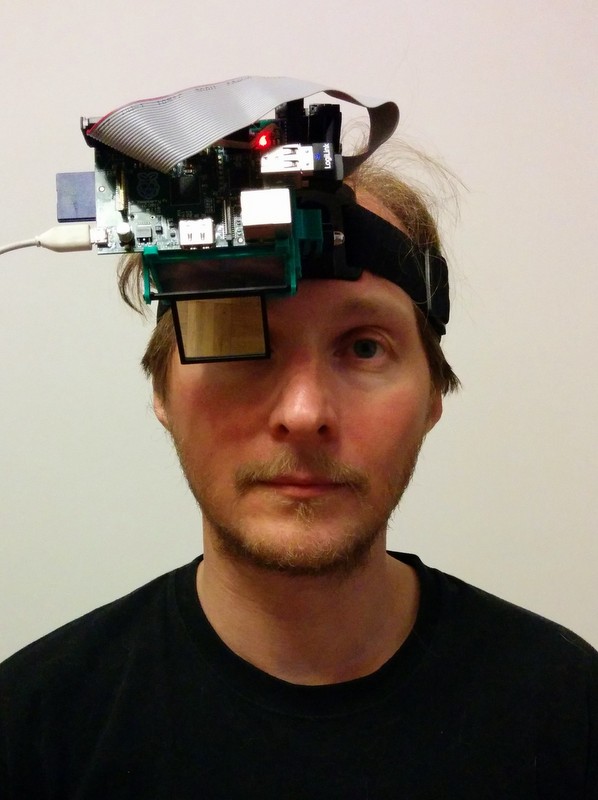 The Raspberry Eye worn by its creator genericsoma. Via hackaday.io

Cost: $100 (approx.)
No. of components: 8 (including LCD display and Raspberry P camera board)

In true Raspberry Pi spirit, the Raspberry Eye project was completed using exclusively cheap components – not easy when you’re working on your own version of Google Glass. As the maker demonstrates on his YouTube video, the head-mounted computer displays information using a semi-transparent mirror and can be assembled for $100. Using a Python script, images (like QR codes) can even be recognised through the display. 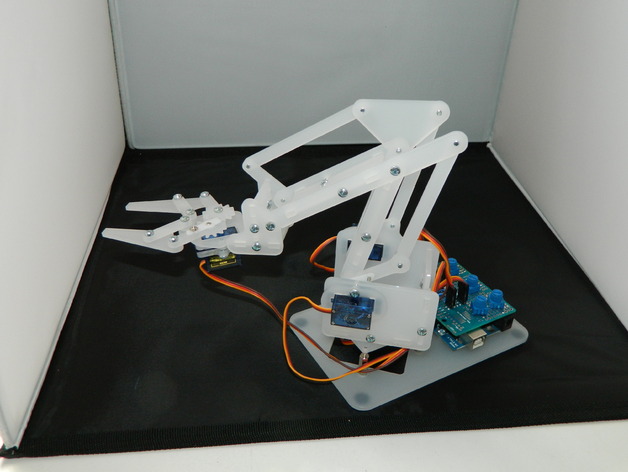 The MeArm. Via hackaday.io

If you’ve ever wanted a robot arm to do all the things you don’t feel like doing with your normal arms, the MeArm is a open-source servo controlled robot arm that can be controlled by the trusty Raspberry Pi.

It can be cut using nothing but an A4 acrylic sheet and runs on 4 cheap hobby servos (approx. $35). As the author tells us, this project is designed to be “an educational aid, or more accurately a toy.”

3. Using your brain to control music

Cost: $150 (approx.)
No. of components: 3 (including Mindwave Mobile EEG Headset)

If using your hands (or even your robot arm) is too much effort for you, then why not use your Raspberry Pi and an EEG sensor to control your music player. When you’re wearing the EEG music controller headset, all you need to do is think “Ugh, I hate this song” and your media player will skip to the next track.

With the EEG headset reading his brainwaves, the author has used multivariate Gaussian formulae, some Python, pianobar and of course a trusty Pi to turn his thoughts into instructions that the Pandora music player can understand.

SEE ALSO: How to deploy, debug and profile Java on the Raspberry Pi 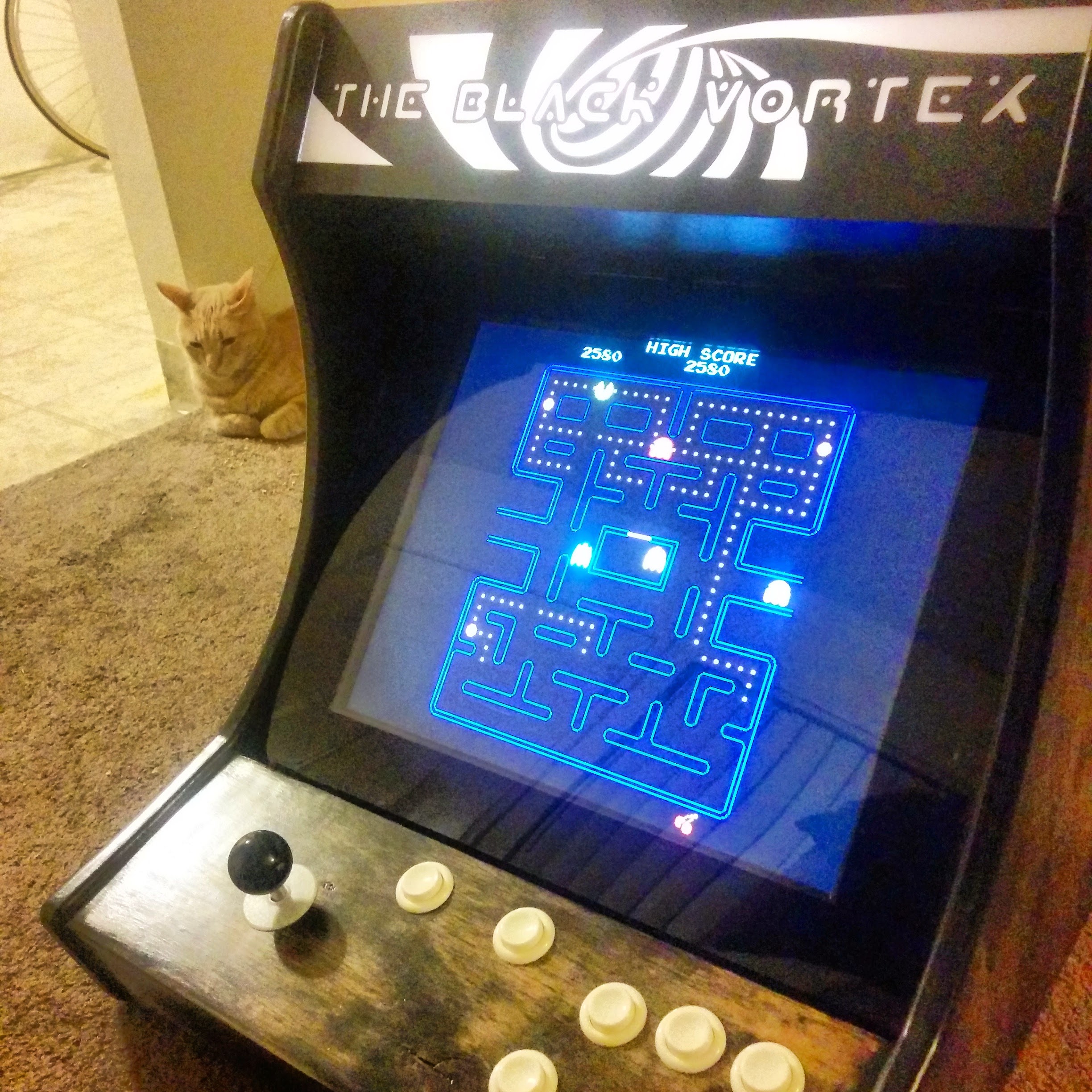 Cost: $100+ (plus plenty of time)
No. of components: 15 (including arcade joystick and buttons)

Anyone that’s ever been tempted to buy a real vintage arcade game has been faced with the question “Will I get bored of playing the same 80s game over and over again?” Running as many as 1,200 games off the Rasberry Pi B+’s SD card, this is one Pi project that will surely bring endless joy, as this YouTube video shows.

Using a gaming system emulator called PiMame, some buttons and a joystick (available for order online) and some carpentry skills, the Raspberry Pi Vintage Arcade is not a simple weekend project, but obviously totally worth it. 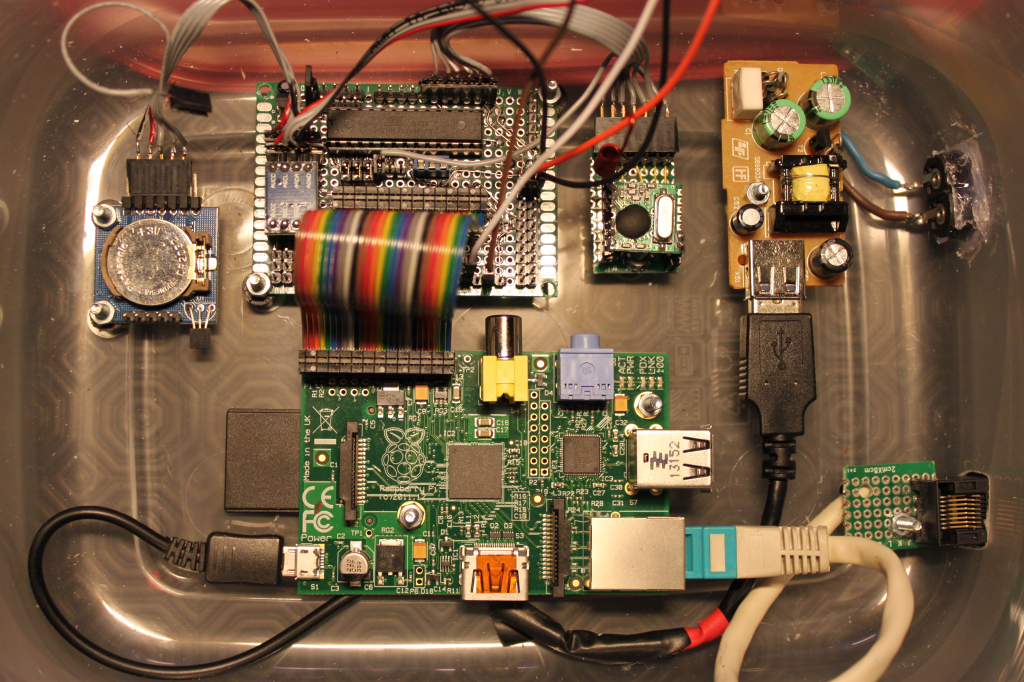 The Raspberry Pi running a smart home (via hackaday.io)

Cost: Not stated (but probably cheaper than a Nest)
No. of components: 22 (including transponder and micro-controllers)

This is quite possibly the most complex non-professional Raspberry Pi project we’ve seen all year. Anyone wanting to use these instructions to build their own Raspberry Pi-powered smart home will need to understand Python, PHP, MySQL Twitter Bootstrap and Arduino – not to mention the node schematics.

The home automation project uses a network of low-power nodes that transmit various signals (such as temperature, humidity and a live camera feed) to the central station.

Finally, we give our Pi-fans what they’ve been waiting for, the pinnacle in Raspberry Pi innovation: Raspberry Pi-controlled Christmas lights flashing to the theme tune of Star Wars.

All Posts by Coman Hamilton

Coman was Editor of JAXenter.com at S&S Media Group. He has a master's degree in cultural studies and has written and edited content for numerous news, tech and culture websites and magazines, as well as several ad agencies.
Recommended For You
0 Comments
Inline Feedbacks
View all comments